skip to main | skip to sidebar

There two opposing teams in an Asians format of debate:

1. Government side- proposes and defends the motion;
2. Opposition side- refute and negates the motion.

Each each side is composed of three members.

The Members of the government side are the following:

1. Prime minister (PM)- opens the debate, defines the motion and advances arguments;
2. Deputy prime Minister(DPM)- refute at first instance the case of the opposition, re-establish the government's claim, and advances arguments;
3. Government whip(GW)- makes an issue-based rebuttal of the opposition's case and summarizes the case of the government.

The Members of the Opposition side are the following:

Each speaker is allocated seven minutes to deliver their constructive speeches. One speaker from each side (For the Government:PM/DPM, for Opposition:LO/DLO) is given four minutes to deliver a reply speech. The speakers will be speaking in the following order:

Reply speech is a comparative analysis of the strength and weaknesses of the case of both sides. The aim of the speech is to give a bias judgment as to why should the people support the team's claim. The speech is first delivered by the opposition side and followed by the government side who will close the debate.

Asian Parliamentary Debate is assessed by an Adjudicator Panel composed of an odd number according to the following criteria:

1. Matter (40)- substance of the debate, the arguments and evidence presented, and the logical reasoning and presentation of said arguments.
2. Manner (40)- the style of delivery, the persuasion skills, and the conduct of the debaters.
3. Method (20)- the response to the dynamics of the debate, and the observance of the rules of debate.

What teams from the Philippines are making great waves in Parli?
What happened to the UST, ATENEO, DLSU and UP teams?

If the judging pannel consits of 3 people- 1 chair and the 2 side judges. Than is the chair allowed to over rule the decision???

No, the judge is not allowed to overrule the decision. The decision of each judge must be respected and each vote cannot be changed. If the chair is in the minority, oral adjudication shall be delivered by one of the judges who is part of the majority.

Arellano Law is hosting the Conflict of Laws 09. We are supposed to provide a set of rules for the participants. I would like to seek your permission to use your summarized rules as a template. It is well organized and as concise as can be. I am hoping for your most favorable response and hoping to see you there as well.

Yes, you may use the summarized rules for Asians but please with proper reference to this site. (www.parliamentarydebate.blogspot.com)

Good luck! Unfortunately I cant be there. Regards to Kucil.

thanx for the information..

Hi! Can I use your debate thoughts in my teaching online class with Koreans. I believe that debate will teach them to reason out.

okay this totally helped me

Can anyone please suggest an ebook available for free download to learn the art of argumentation and mastery parliamentary debating...

Hi Arnel... I'm Jake..I'd like to know how you coach secondary students in a parliamentary debate format... I'd like to read the details ... if possible send me the information at zacharia93@yahoo.com

mmm. im "Rax", debate is my life, but i dont now how to get in to it.. im always insisting my self whenever there is a debate something in our our school..
how will i be a good debater.. or the basic steps in debates?

wow~ thanks for posting this! because of this I pretty much have an idea what aspar really is in summary..

Hello there..i need some advice on adjudication..my university will held a debate competition soon, and we have confusion,how do we deal teams with the same score?

wow this is great!!! thanks for the info! it would really help me for my debate tommorow... God speed :}

i am a student, actually im just in high- school and our school participated in debate.... and basically i have no idea what's asian parliamentary debate. so thnk you very much this is such a great help for me and my school and now we've got a head start!!!!!

Thanks! It helps me on how to act my part.

how about the Rebuttal? next after constructive speeches right??

For an ammature on this field, which of the three m's would be best to focus on that would easily carry the other two?

Hi! Im Lois.. As a First year highschool student.. this information really gave me an idea how to debate WELL... Thanks a Lot Mr.Arnel D. Mateo!!

hi this is such a gem... we had an in class debate and your post is an enormous help in organising the first ever debate competition in my school. what happens if the result is 2-1. Two of the judges favor one side and the other one gave more points to the other team. how do we decide on the winner? do we sum up the points of all three and the one with the highest score becomes the winner? what if the final result is not the choice of the 2 judges? please enlighten me in this regard.... thanks a lot.

hi this is such a gem... your post did an enormoushelp in organising the first debate competition here in Jakarta. just wanted to inquire regarding the decision on the debate winners. what if the result is 2-1? two judges are in favor of one team and the other voted for the other side - do we tally the scores or the 2-1 vote isalready enough to declare a winner. if scores are tallied, what happens if the over all score do not reflect the choice of the two judges? please enlightenme in thiscase... thanks a lot.

Hi Jaina, the votes are enough. The scores will have to be adjusted so that it will be consistent with the vote.

Thanks for visiting this blog. You have the freedom to do right and never wrong within this domain. The author do not claim to be a world debate champion because he is not. Neither is he the best in the Philippines. You have the option to leave. If you wish to stay, you are bound by the following terms:

1. Use this site as reference for learning debate and adjudication. The 'LABELS' section provides the specific topics that you need. Find articles and treatises about debate in the 'DEBATE RESOURCES AND REFERENCES' section of this site.

2. Use this site in researching for debate motions and in studying different issues affecting the globe. The author posts his opinion on different issues from time to time. Take time to visit the matterloading links provided by this site.

6. If you wish to contribute to this blog, just send me a message at arnel5mateo@yahoo.com 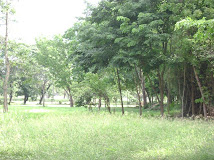 The Doha Debates are a public forum for dialogue and freedom of speech in Qatar. 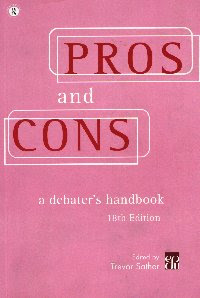 Pros and Cons: A Debaters Handbook ~ Trevor Sather, Will Hutton 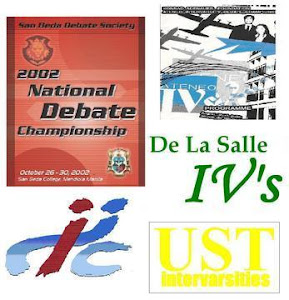 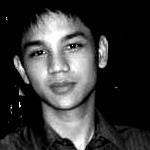 Leloy Claudio- One of Australasia's most accomplished speakers, Leloy has won an amazing three Asian Debate Championships (2004 All-Asians, 2006 and 2007 AUDC). He reached the Grand Final of Australs in 2005 and the Semifinal in 2006 (also named 5th Best Speaker). As a first-year, he won the National Debate Championship and made the Worlds Quarterfinals. Lel has won various other competitions and has adjudicated in others, most recently as CA of the 2006 Nationals. 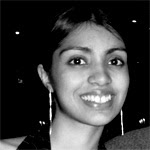 Sharmila Parmanand- One of Australasia's most accomplished debaters. Along with Leloy, she is the only other person to have won 3 Asian championships (2005, 2006, and 2007 AUDC). She reached the Australs Grand Final in 2005 and the Semifinal in 2006. She also won the National Debate Championship in 2005 and broke in Worlds in 2006. 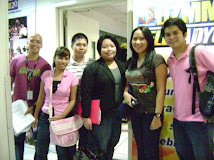 I made it to Octos!! 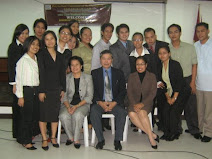 The Competing Teams and the Judges of the Philippine High Tribunal 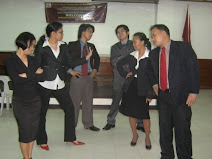 Winners of the 2007 Moot Court Competition 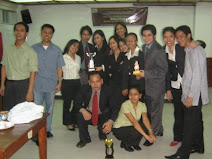 I was the declared the Best Oralist! 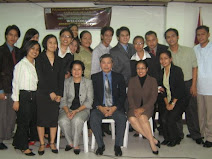 Arnel D. Mateo is willing to train people who would like to learn the rudiments of parliamentary debate and the skills needed in matter loading and oral argumentation.

You may reach him through his email at arnel5mateo@yahoo.com.

TEACHING EXPERIENCE IN ARGUMENTATION AND DEBATE:

Coach
College of Business
Polytechnic University of the Philippines
2007

Read more of my debate experience in "ABOUT THE ADMINISTRATOR".

"Do you see a man who excels in his work? He will stand before the Kings; he will not stand before unknown men." -Proverbs 22:29